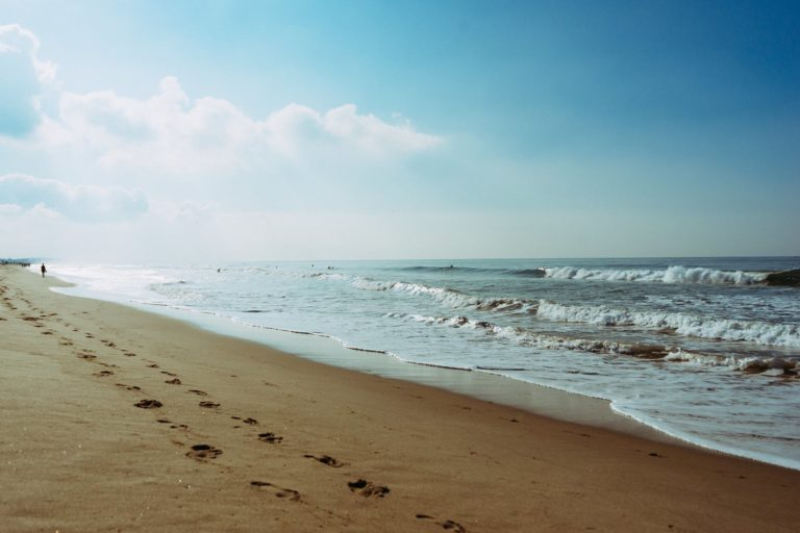 Elegushi Royal Beach is one of the most popular beaches in Lagos.

The beach is further arguably the most visited in the state.

And the reason behind its very high traffic can be attributed to the fact that it scores well in all things that matter; some of these things in question are — nightlife, neatness, safety, the professionalism of staffs, entrance fee, restaurants, location, and so on. 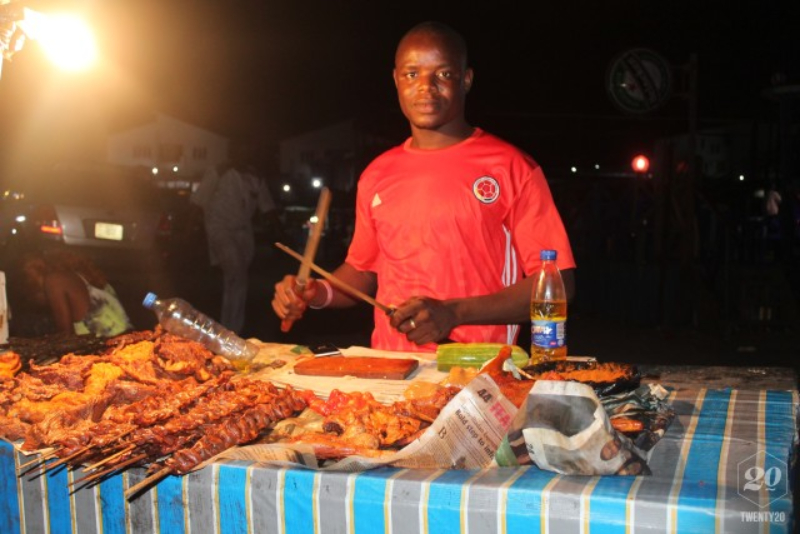 The nightlife at Elegushi can be very fun.

Don’t get me wrong, I’m not saying the beach is superb in all these aspects, it’s just that it is more well-rounded than most other beaches in Lagos.

Elegushi is not just another beach, it is also one of those you just have to visit.

While one of the intentions of this putting up this content is to inform you that Elegushi is a place worthwhile of vising, that isn’t the sole purpose of this content.

This content is also meant to provide you with every important information you’ll be glad to know about the place.

Elegushi is home to a good number of standard restaurants and bars.

These restaurants and bars present there, are not the kind where you’ll get all the nicest foods and drinks in the world, but when interested in getting popular foods at quite reasonable prices, I can assure you that, you won’t be disappointed.

As regards the hygiene of the foods prepared at these restaurants, I can say you have nothing to worry about.

I have never been to their kitchens before, but from the way they do things, I’m pretty sure they take hygiene seriously.

Ever since I and friends have been eating at the restaurants, never have we had any issue from eating foods sold at these restaurants.

While some people always ask for restaurants, when interested in eating, I have met many people who instead request local food vendors.

I personally don’t take the foods prepared by these local food vendors, because of hygiene.

But if you’re the kind who doesn’t mind, and will prefer buying from them, be aware that finding them at Elegushi will be no problem.

Elegushi Beach is not the kind of place to go, if you’ll like to have “the kinds of fun people do have at amusement parks”.

The kinds of fun people have at Elegushi, are those that involve “enjoying the beach’s environment” and “playing with other people”.

But if you’ll like amusement-park kinds of fun, this should be possible to some extent, for kids, as there are some mini ferris wheels available at Elegushi.

Playing on these Ferris wheels isn’t free. You’ll of course have to pay, to ride on them.

Security is a big issue in many beaches in Lagos.

I have never been in such situations, but I have friends who have been.

So if you’re one of those who are very concerned about their safety, let me assure you that, you have little to worry about, when it comes to Elegushi.

The security at Elegushi Beach is quite okay, especially since the time the beach saw a change of management.

This means riding horses should be no problem, if you’re interested in such. 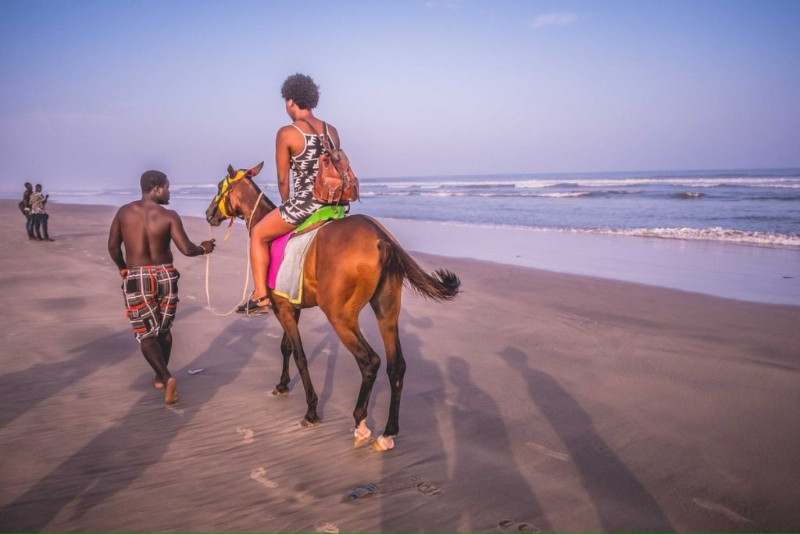 It costs just N300 to have a single ride on a horse.

After the drowning of two UNILAG students (Adesola Ogunmefun and Funmilayo Odusina) at Elegushi Beach, in 2016, I have heard many people say they’ll never visit the place.

The event is a very tragic one and the beach’s management could have done a better job when it comes to safety.

But if we are to be honest about the situations of things right now, I’m going to say there’s now very little to worry about.

Since the death of these two innocent souls, the beach’s management has made a lot of improvements to its safety protocols.

Following the recent change in management of the beach, there have been further safety measures introduced, to ensure such an event never happens again.

If you’ll be playing in the beach, I can assure you that you have nothing to worry about, when it comes to your safety.

Event types Elegushi is ideal for?

Elegushi is a highly-visited place. And as a result, it is generally a bad location for a group of people who just want to have fun just among themselves.

If you won’t be happy with other people interfering with your closed group fun (by shouting, running around you, sitting very close to you), you may not enjoy Elegushi.

If you (and maybe some people) just want to go out, socialize, and be in an environment where people are many, you should enjoy this beach.

This price applies to both children and adults.

This is also the amount you’ll have to pay on weekends and on special days.

On some very rare occasions, the beach gets closed.

For two days, after the drowning of the two UNILAG students, the beach was closed to mourn their deaths.

As for the opening hours, Elegushi is open for all 24 hours of every day.

But not only is the beach officially open for 24 hours, it’s also safe to be at the place at any time (including hours between 6 pm and 6 am), thanks to the security at the beach.

Whenever you’re still on the beach at hours between 6 pm and 6 am, I’ll enjoin you to be careful and avoid being alone in quiet areas of the beach.

The best time to visit

Elegushi Beach may be open for all the hours that exist in a year. But visiting at any time may not be the best way to get the best out of your visit to the place.

To have the best experience, I’ll recommend going on a weekday, for someone who won’t appreciate a huge crowd.

Especially in the morning, are when you can enjoy all the beach has to offer, without having to deal with a crowd.

As for those who are interested in going when there will also be a lot of people on the beach, I’ll suggest going on a weekend day.

You can go in the evening so that you can have an experience of the interesting nightlife of the beach.

Be careful when swimming: The beach is steep in some areas

Before going to Elegushi,

There are some things you should note.

And one of these things is that – the beach is steep in some areas.

Unless you’re are good at swimming in deep pools, you should probably avoid swimming in areas where you don’t see a lot of people. 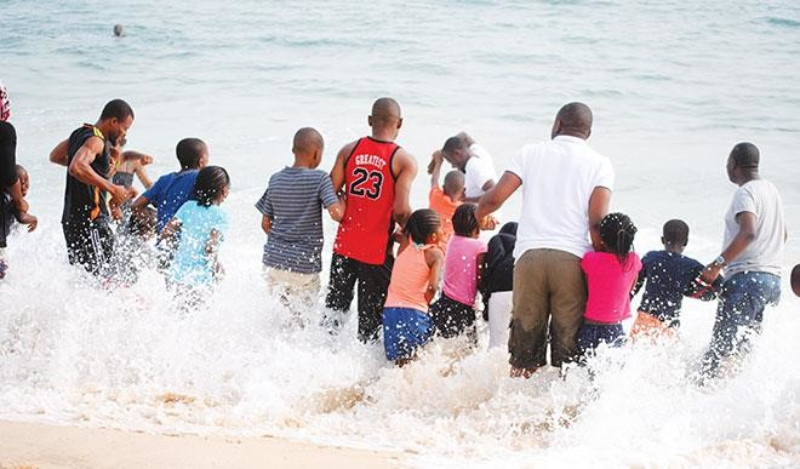 Don’t plan to put on revealing outfits like bikinis

While putting on bikinis may be no big deal, if you’ve been to many other places in Lagos, you shouldn’t plan to put such on at Elegushi.

I don’t think you’ll be turned out for putting on such a thing, but for a reason, I don’t understand, bikinis just draw too much attraction at Elegushi.

So unless you’re okay with having a lot of eyes on you, you may want to avoid such an outfit.

Extreme public display of affection is a thing I’ve experienced many times in Lagos.

And while doing such in some places may be no big deal, it is highly frowned upon at places like Elegushi.

Don’t get me wrong,

It’s okay to display affection but avoid being extreme.

To make you understand how much this is frowned upon at Elegushi, there have been cases where people got driven out of the beach, for doing so.

Swimming won’t be allowed after 7 pm

Another thing you should note – Swimming at hours after 7 pm and hours before 7 am, is not allowed at Elegushi Beach.

It doesn’t matter if you’re experienced or not, you won’t be allowed in the water at hours between this period.

No one wants another tragic event, so expect very harsh treatment if you’re caught doing so.

For your own sake, avoid violating this rule.

Come with a proper footwear

I have met many people who came to Elegushi in the afternoon, without bringing something to wear on their legs when it’s time to have fun.

While this may be okay, when visiting some other beaches in Lagos, I won’t ever recommend doing so, when coming to Elegushi.

The sand at Elegushi can be so hot that it’ll cause you skin burn.

So unless you’re willing to hurt yourself, don’t think you’ll be able to walk about, on an afternoon on the beach.

When things get very crowded at Elegushi, pick-pocketing becomes much easier.

And some petty thieves in Lagos never fail to take advantage of this.

If you find yourself at Elegushi, on a day when things are very busy, you have to be extra careful, to avoid losing your things to these criminals.

These thieves can be very smart, so do not under-estimate their pick-pocketing skills.

Are there near-by hotels/resorts?

The answer to this question is “Yes”.

We have a good number of decent hotels close to Elegushi Beach.

If you’ll like to spend days at the beach, but can’t afford to go home back and forth, then spending days at the beach should be possible by lodging at any of the close-by hotels or resorts.

I should have specifically mentioned the names of some of these hotels, but I won’t because I can’t say much about how good they are.

Are there parking spaces?

Yes, there are parking spaces.

And on a normal day, there should be no problem finding a parking space.

On some special days, cars can be so much that parking your car may take a lot of shouting, hooting, hissing, and waiting.

As regards whether you’ll need a parking ticket, the answer to this is also a “Yes”.

But this should be no problem as all you need is N200.

I should add that cars are parked at owners’ risk.

I’ve never heard of any stolen car case, but I’ll strongly enjoin you to do everything you can to ensure your car is safe from thieves.

Smoking of any form is not allowed at Elegushi.

The place always welcomes a lot of people; and since not everyone will like smoking, you can’t be allowed to do a thing that will displease so many other people.

If you can’t resist the urge to smoke, you can simply get out, to smoke; when you’re done, you can then come back in, to continue what you’re doing.

I don’t know if pets are allowed on not.

Some workers are the place claim pets are allowed, while some told me otherwise. So I don’t know who to believe.

If I’m to say something based on what I’ve seen, I’ll say pets are not allowed, since I’ve never seen any pet, since all the years I’ve been going to Elegushi.

To be on the safer side, it’s better not to come with your pet.

Elegushi is a really nice place I think everyone should visit.

I won’t give the beach a 5-star rating, but I’m quite sure you won’t regret vising the place.