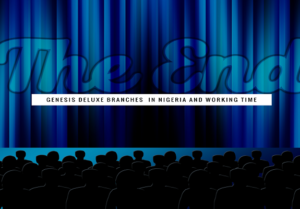 Genesis Deluxe Cinemas In Lagos: All You Need To Know

Genesis Deluxe has two cinemas in Lagos, one in Lekki and the other in Ikorodu.

Giving full addresses of these two branches, the address of the first one is: 1 Bisway Street, The Palms Shopping Mall, Maroko, Lekki, Lagos.

The two cinemas of Genesis Deluxe in Lagos, operate on the same schedule. They both operate on during weekdays, Monday to Friday.

Saturdays and Sundays are also included in their work days.

On Mondays, there are always two sessions: the before-5pm session and the after-5pm session.

Just like on Mondays, Tuesdays also have the before-5pm session and the after-5pm session.

Wednesdays are special days as movies are shown all through the day. Wednesdays ticket cost only N1,000. Thursdays schedule are similar to that of Tuesday.

Just as we all know, we have a lot of cinemas in the country.

Filmhouse Cinemas is a very popular brand in Nigeria, especially in Lagos.

Tickets of these cinemas are known to be cheap. Filmhouse Cinemas has branches in major Nigeria cities: Lagos, Ibadan, and Port-Harcourt. Its branches in Lagos are two, one in Surulere and the other in Apapa.

Silverbird Cinemas is a multinational brand, operating in two West African countries, including Nigeria. In addition, this cinema has 9 branches across 5 states.

The brand has a cinema located at 133, Ahmadu Bello Way, Victoria Island, Lagos.

The third alternative to Genesis Deluxe is Ozone Cinemas. Ozone Cinemas is a luxurious cinema brand having more than one branch in the country.

At branches of this cinema and for regular movies, adults pay N1,500, students pay N1,000, while children pay N800. A valid student ID card will be required by a student, to pay a subsidized fee of N1,000. 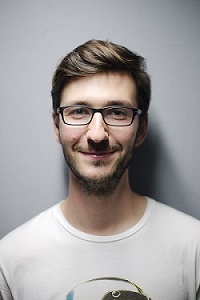 Learn How  " I " Turned Real Estate Business To Real Fortune !

What Other People are Currently Reading:

Hey, thanks for dropping by. I'm Tolu Ade. I love developing, running successful business Online ~ Locally & entrepreneurship.So I built my life around those things. I recently got featured to talk about business on PUNCH.