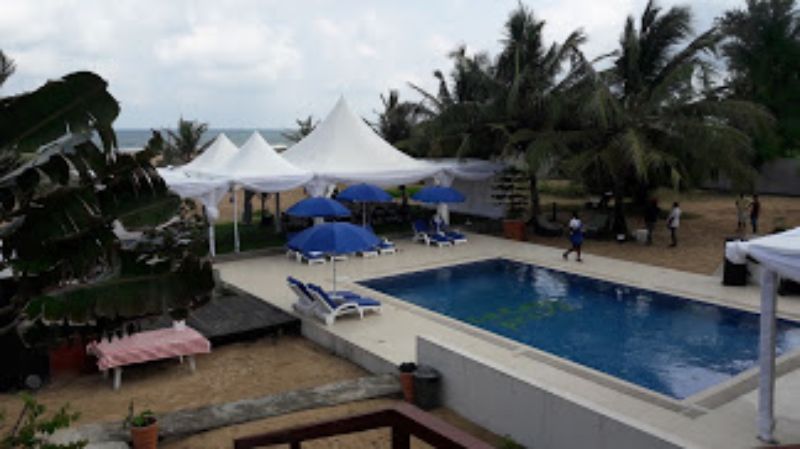 If you’ve been to any Nigerian beach, your idea of a beach is probably — an enclosed parcel of land by the side of the Atlantic ocean.

You may also add that — there may be restaurants, a hotel, and a lot of games to engage in.

While that idea of a beach is what’s common among most of our beaches in Lagos, Ilashe Beach is quite different.

Unlike most other beaches which are enclosed, Ilashe is open. In other words, to go have fun at the place, you won’t have to pay anything like “entrance fee”. In fact, there are no fences and gates; just walk to the place and have fun.

Before thinking of getting dressed to go check out the place, there’s something you should know; Ilashe is also an island, so to get there, you’ll have to take a speed boat.

So you may ask, if Ilashe is just an open beach, what’s so special about it?

Ilashe is truly an open beach, but there are nice beach houses (not tents) on the beach. In other words, the idea that you can spend days, by a beachside, in a house, is the interesting thing about the place. This also means, if you and a set of people will like to take a week break from the busy life of Lagos, Ilashe will be a more thoughtful place to come to. 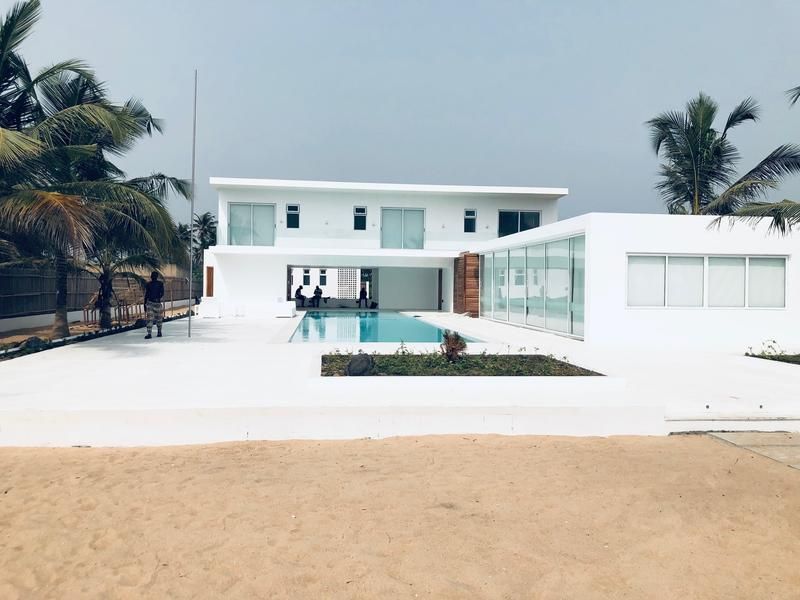 That’s the basics, but there’s more

The information I’ve provided above are the basics about Ilashe, but there’s a lot more I can tell about the place. And the rest of this content will be spent doing that.

How it works: The process for visiting Ilashe

To give you a better idea of what having fun at Ilashe involves, I’ll be walking you through the process. And there we go.

Step 1: Figure out what kind of fun you’ll like to have at the beach, and make arrangements for those fun activities

For anyone who wishes to go and have fun at Ilashe, the first thing you should know is that Ilashe is not like most other beaches.

If you and your friends will like to have a birthday party there, you’ll have to make arrangements for the things you’ll need (e.g. the sound system you’ll use, etc).

Step 2: Find a suitable beach house, and rent it

After figuring everything out (as regards fun), the next thing to do, is to find a beach house you’ll like to stay at.

There are a lot of beach houses at Ilashe, but the most popular among them are —

I should add that,

It is highly recommended that you make a reservation for a house at least 14 days before the day you’ll be visiting; otherwise, someone else may first you to reserve the house for that particular day.

As regards whether a suitable house will be available for you, Ilashe houses many sorts of beach house, so whether you’re on a limited budget or you’ll like a quite luxurious place, you should find something suitable.

Ilashe Beach is unlike the rest of Lagos; the place is not as populated as most of Lagos beaches. The number of inhabitants in this place is just about a few hundred. In other words, if you don’t bring along drinks, foods, and other things you’ll need, you’ll have a very hard time finding them on the beach.

So before coming to Ilashe, make arrangements for everything you’ll need it. In fact, account for things as simple as water.

I’ll like to add that you should also come along with a first aid kit. You’ll find this very helpful, in event that someone needs medical attention.

Step 4: Make arrangements for the clean-up of the house

The management of most beach houses will handle the cleaning-up of their beach houses, before your arrival.

You’ll come across some who won’t do any clean-up, against your arrival.

So if the management you’re renting from, is the kind that doesn’t take up cleaning responsibilities, then you also have to make arrangements for that.

While I’ve never experienced any life-threatening situation at the beach, I’ll strongly advise that you make arrangements for security.

The island is home to some touts, and to eliminate any chance of putting your lives at risk, I’ll recommend coming with a form of security.

If you’re going to be renting one of the best houses at the beach, you may not need to worry about this, since these top houses do automatically make such arrangements for people.

Step 6: On the day, head over to the jetty at Lekki, or that at Victoria Island, and board a boat to the beach

After you must have prepared for everything you’ll need, the next thing is to wait for the day.

And on that day, you (and your people), should head over to either the jetty at Lekki or the one at Victoria Island, to board a speed boat to the island.

There are all sorts of speed boats — some are big, some are small, some are minimalist, some are somewhat luxurious, etc.

And the amount you’ll have to pay for a boat will depend on what type of boat you’re boarding, and how long you plan to spend at the beach. But usually, people spend between N40,000 and N400,000.

Note that the reservation for a boat should be made some days before (maybe 7 days before your fixed date). It is highly inadvisable to wait until the day you plan to be at the beach, before making your reservation.

After boarding a boat from any of the jetties, it will take you about 20 to 30 minutes, to arrive at the beach.

Step 7: Take a quad bike from where you’re dropped, to the house

While Ilashe is a small island, you’ll still have to walk some distance before getting to the area where the beach houses are located.

Some people have no issue with walking this distance, but most people take quad bikes from there, down to their beach houses.

You must have arrived at your beach house. And all that’s left is to start having fun.

I’ll like to add that when you get there, if you’re more than one, you should all look out for yourselves.

What are the opening days and hours?

On some very rare occasions, the beach gets closed.

Ilashe is an Island,

So there’s no way to get a car on the island, let alone be worried about parking.

It’s possible to park your car at the jetty, from where you take a boat, but I’ll strongly recommend against this.

Pets are allowed on Ilashe Beach.

If you’ll like to bring pets along, find a beach house where pets are allowed, and find a boat owner who’s going to allow pets.

Avoid being on the water when it’s getting dark

There are a number of things you should note, and one of them is that, you should avoid being on the water when it’s getting dark. By this, I’m referring to the people who think it’s okay for them to be on a boat at hours after 5.30 pm.

My reason for saying that has to do with safety.

Not only does plying the water at dark hours increases your chances of having an accident, but also, if someone falls into the water, it’ll be quite challenging to save their life. So please adhere to this recommendation as much as possible.

If possible, avoid being on a boat when it’s about to rain.

The beach isn’t as neat as it used to be

Ilashe used to be a very nice beach in the past. In fact, many used to consider it one of the neatest beaches in Lagos.

Due to poor management, the beach has now accumulated a lot of dirt; as a result, not only will you be discouraged from playing at the beachside, it’s also dangerous, as sharp objects may cause harm to your legs. 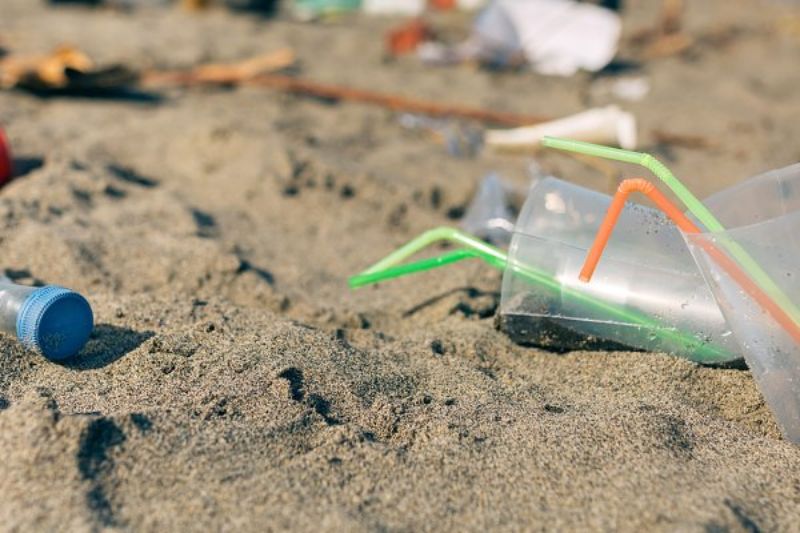 When going to Ilashe, don’t expect much from the playing at the beach-side.

Deal with only companies

I’ve come across people who got scammed, in the process of planning a visit to Ilashe.

And on all occasions,

The problem boils down to doing business with individuals.

I’m not saying you can never find honest people, it’s just that you won’t be able to tell the credible people apart from the dubious ones.

So if you’ll like to reserve a beach house, board a boat, or pay for some other things, ensure that you do so with a company.

Ilashe is home to a handful of people. And among the people living on this beach (island), are touts who seem to enjoy disturbing people who come to have fun at the Island.

So when coming to the beach, you should be on the lookout for them.

Ensure that you have a plan for dealing with them; for instance, if those of you who’ll be going are only girls and feel you can’t afford to handle them, you may want to consider bringing along a form of security or some tough male friends.

Don’t get me wrong,

I’m not saying these touts are very dangerous people, I just don’t want you to be greeted by such surprises.

Ilashe is a place described as a luxurious place. But if you ask me, the beach is far from being luxurious, well, for someone who has seen really luxurious beaches around the world.

If you’ve been picturing something like Miami Beach, you’ll be very disappointed.

While the beach is not a thing I consider luxurious, I find it to be a nice place everyone should visit.

If you’ll like to visit the place, I’ll strongly suggest that you come as a group.

My reason is — not only are visits to the place expensive, but it may be also very becomes lonely for just a single person.