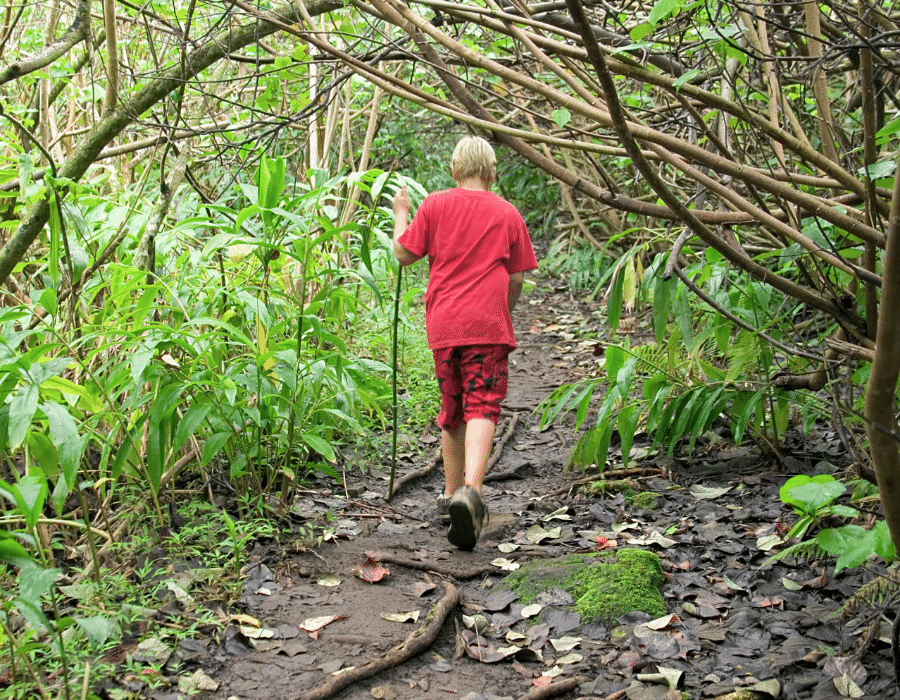 The Lekki Conservation Centre (the LCC), as the name implies, is a natural resources conservation centre located in Lekki, Lagos.

The centre measures about 190 acres, and for the sake of those who don’t really understand how big this is, you can imagine the span of the centre to be about the size of 95 standard football pitches combined.

The LCC was established in 1990, by a conservation foundation in Nigeria, although the creation of the centre was majorly sponsored by Chevron.

The Lagos state government has been a significant financial contributor to the centre.

Giving further details about the history of the centre, the LCC was founded by the Nigerian Conservation Foundation ( NCF).

The foundation which is behind many other similar projects has been around since 1980, and it was founded by the late Chief Shafi Lawal Edu.

The LCC, which is also NCF’s biggest project, was established out of the genuine concern that if a project like it isn’t created, it’ll be difficult, in the distant future, to imagine what a natural Lagos should be like. And thanks to this project, even though Lagos is becoming urbanized at a very high rate, there is less to worry about, when it comes to preserving an idea of what the state should be like, if nature is allowed to reign.

What I think about the place

Having visited the LCC repeatedly over the past few years, I definitely think the place is “the kind that worth visiting”.

The LCC is a very beautiful conservation centre, and no matter how high your standard is, you should appreciate its beauty to a reasonable extent.

In fact, I think the centre will be a very thoughtful place for guys to bring their soul mates on dates.

While you can get a lot of fun from paying a visit to this centre, you’ll be quite disappointed if you’re primarily interested in seeing animals; the LCC is known to be home to only monkeys, so disregard all claims that there are things like “bush bucks, chameleons, crocodiles, duikers, giant rats, hogs, monitor lizards, snakes, and squirrels” at the centre.

The most exciting things about the LCC

There are many exciting things about the Lekki Conservation Centre, but the two I find the most interesting are —

One of the things I find most exciting about the LLC is the 401-metre long canopy walkway, and I think many people will too.

As the name implies,

The canopy is 401 metres long, making it the longest canopy walk in the whole of Africa.

Walking the whole length is a great challenge, but it’s fun, exciting, and rewarding. Also, the height of the canopy is another exhilarating thing; it’s about 22.5 meters tall (think of the height of a 6-storey building), and while walking on it, you’re going to be somewhat scared, but that fear is the kind which will at the same time be interesting.

If you’re the kind who’s extremely scared of heights, you should probably stay away from the walkway.

Another thing you’ll find very exciting about the centre is the monkeys there.

The centre has a pretty good amount of them, and you should come across them during your visit to the centre. The monkeys can be very funny and naughty, and I strongly doubt there isn’t anyone who wouldn’t find them entertaining.

The monkeys aren’t the kind that will snatch your phone to take selfies, but trust me they’re just as funny as those.

Having been to the LCC a good number of times, there are some tips I think newcomers will find useful. These tips in question are about — (i) refreshment; (ii) dressing; and (iii) guide.

Before going to experience nature at the LCC or before walking the walkway, you should ensure that you have some refreshments with you. The place is a very big place

if you fail to get some refreshments, before starting your tour, you may not like yourself  getting exhausted, since you won’t find a place along the way to get any refreshment.

On many occasions, I’ve seen ladies who didn’t catch as much fun as they could have, because they put on the wrong type of dresses.

The management of the centre doesn’t necessarily impose any restriction on what type of dress you can put on, it’s just that if you put on things like high-heeled shoes, you won’t be so pleased.

So rather than putting on just any type of cloth.

Another thing I’m going to suggest is that, if you’d like to get the best out of your visit to the centre, you should really consider using the service of one of LCC’s guides. Without the service of a guide, you’re very likely to miss out on some of the interesting places at the conservation centre, so consider finding one of them.

For those who’ll like to play some games on their visit to the LCC, there are a number of games you can play at the centre.

These games in question include

But one thing you should note is that if you don’t come in a group, you may not find someone to play any of these games with.

To be allowed into the LCC, you’ll be required to pay some amount of money.

The amount you’ll have to pay will depend on your age and the ages of those you bring along.

While taking pictures and videos are allowed at the LCC, taking them using a professional camera or for commercial purposes, will require paying some amount of money.

The Lekki Conservation Centre is open every day, from Sunday to Saturday, making it a place very busy people can also visit. However, visits can only last between 8:30 am and 4:30 pm.

I should further state that the LCC also opens on public holidays.

The Lekki Conservation Centre is located along the Lekki-Epe Expressway.

The Lekki Conservation Centre is a great place to visit, especially for those who have visited all other fun places in Lagos and will like to try something new. And with the entrance fee being just N1,000 and the centre being opened almost every day of the year, I don’t think money or time should be anyone’s problem.

Hey, thanks for dropping by. I'm Tolu Ade. I love developing, running successful businesses Online ~ Locally & entrepreneurship. So I built my life around PropTech.