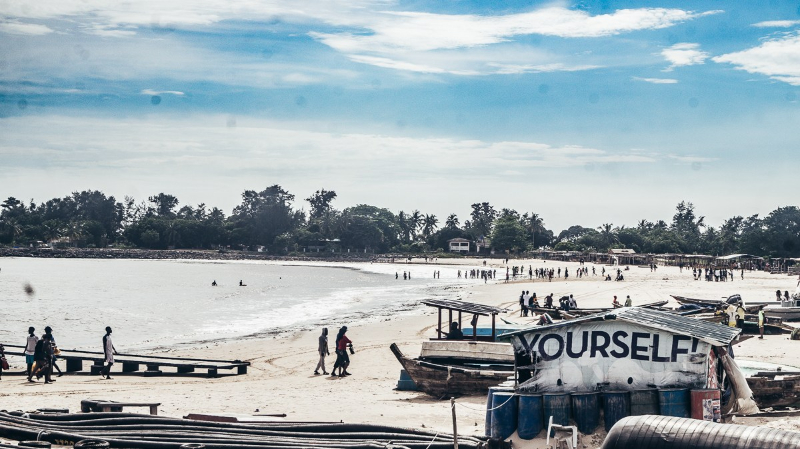 As the name implies, is a beach located on the popular Tarkwa Bay.

The beach has nothing special that sets it apart from the other beaches in Lagos.

…then TBB is a place you should consider.

How to get to Tarkwa Bay Beach

Tarkwa Bay, on which TBB is located, is a place you can access, from most other places in Lagos, by water alone [and by air, if you have a helicopter ;)].

If you’re coming from places like Ikeja, Lekki, Apapa, etc, you’ll need to take a speed boat [or a ferry], to get to TBB. 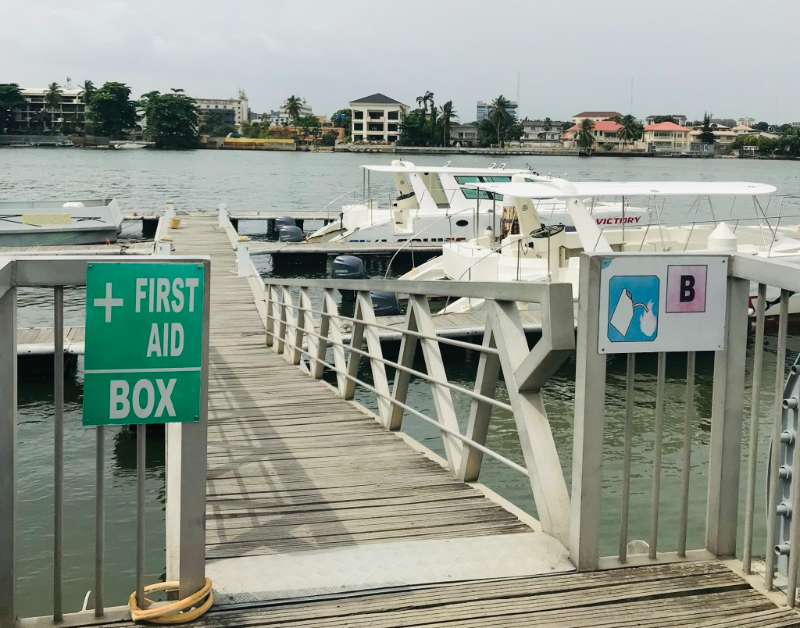 As regards where you can get a boat, there are three locations [jetties] I can recommend —

As regards the cost,

There seems to be no fixed price.

When you get to Tarkwa Bay Beach, even though the place is an open public beach, you’ll be required to pay a fee, to have fun there.

The standard price is N300 per person. But I can’t say if this price changes on special days.

If there are going to be many of you going there, it is possible to get a discount.

“Tents, chairs, and tables” are, of course, things available at TBB.

As you should expect, using these items require paying.

A single chair will also cost you N300, while a single table will cost you N100.

I should add that while those are the standard prices, some rentals may try to overcharge you.

So if you find any of them asking for more, make them know the amounts stated are what you’re willing to pay, or simply walk away, to another rental.

During your time at Tarkwa Bay Beach, one of the activities you can engage in is volleyball.

The beach has a facility for this game, but I’ll recommend bringing along your ball, or bring along some money to buy a new ball at the beach.

As regards the cost, I was told the activity is a paid one, but on all occasions that I’ve been to TBB, I never encountered anyone who asked us to pay.

Tarkwa Bay Beach is not a very big place. But it is big enough to give room to those who wish to play beach football.

And I don’t think you’ll have any problem finding people who’ll also be willing to play the game with you.

Beach football is not a paid game, so you don’t have to bother yourself about paying for it.

You’ll have to bring along a ball or buy from one of the people selling balls at the beach.

Tarkwa Bay Beach is close to the popular Lagos Harbour.

It’s during the creation of the Lagos Harbour that Tarkwa Bay got created [yes, Tarkwa Bay is an artificial bay].

During your time at the beach, you’ll almost certainly see ships passing by.

I enjoy watching these ships, and if you’re like me, this is one of those activities you can engage in.

Swimming is, of course, available at Tarkwa Bay Beach.

People are allowed to swim in the water.

And even if you don’t have a swimming suit, there should be no problem, as swimming gears are items also sold at the beach.

I must warn that if you’re not an experienced ocean swimmer, don’t ever consider swimming deep into the water.

The ocean current is stronger than it may seem. 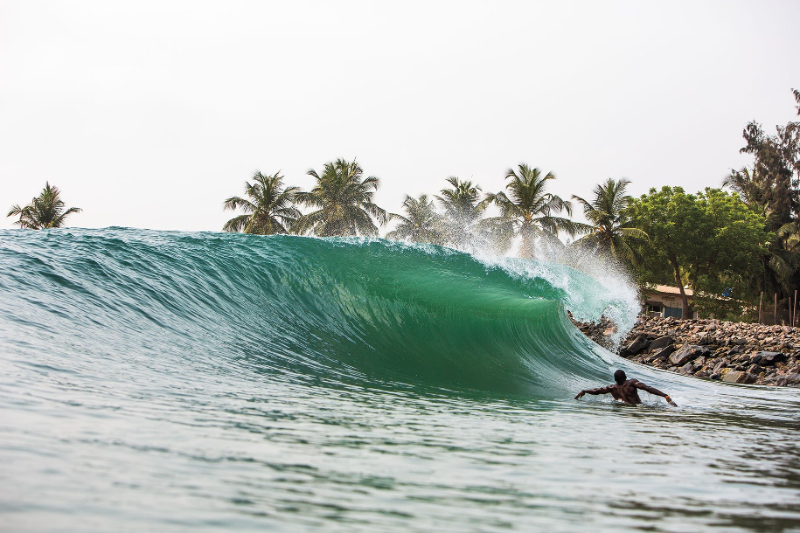 I had a first-hand experience of someone who almost drowned, if not for the sake of the lifeguard who was with him.

So take this warning with all seriousness.

Like most other beaches, quad bike riding is one of those activities you can engage in.

There are a good number of quad bikes available at the beach.

On all my visits to TBB, I didn’t engage in this activity, so I can’t tell you who much this activity will cost you.

Note that, there is no standard restaurant. 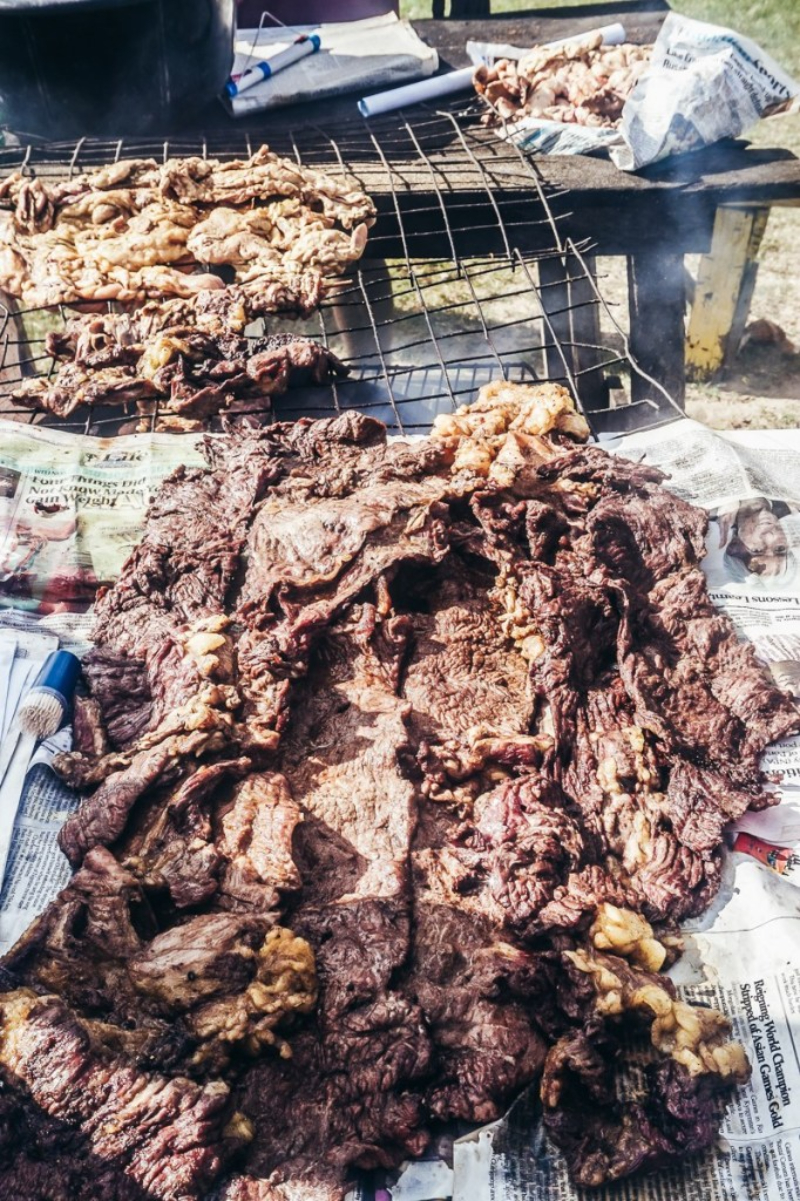 As regards whether foods from outside are allowed, the answer is “Yes”.

You can bring along any food or drink you like.

And the best part is, you don’t need to pay any corkage fee for this.

So if you won’t be comfortable with the foods and drinks sold on the beach, you should consider coming with your own refreshments.

Even though TBB isn’t what I’ll consider the best beach I’ve seen in Lagos, I appreciate a good number of things about it.

And one of these things in question is the availability of accommodations.

I won’t provide further details about these inns and lodges, since they aren’t part of the beach itself.

But one thing I can say is that, there are good and affordable accommodations available.

When people hear the name “Tarkwa”, what comes to their mind is, the beach that exists on Tarkwa Bay.

What many don’t know is that there are also many other things on Tarkwa Bay, apart from its iconic beach.

The bay is home to a community of people.

And the hospitality of this Tarkwa Bay community is something I love.

You’ll meet many members of the community who’ll be very friendly and helpful; this is not a thing you’ll find at many other beaches in Lagos.

There are people who appreciate a beach being peaceful, and there are those who only enjoy things when there are also a lot of people present.

And if you’re the kind who’ll prefer a peaceful experience, another reason why you’ll love Tarkwa Bay Beach, is the population of its visitors.

The beach is usually devoid of crowds, although I don’t know how things are on special days.

Getting to Tarkwa Bay Beach requires taking a speed boat or a ferry.

And this ride on a speed boat is one of those things I’m sure you’ll love.

Words can not express how great a speedboat ride can be, experiencing it is the only way you can get how exhilarating it can be.

For those who are scared about travelling on water, let me assure you that there’s nothing to fear.

Not only are safety measures in place to ensure things don’t go wrong, there are also measures taken to ensure that in the event of someone falling in the water, such will hardly result in the loss of a life.

I’ve seen boat owners getting into problems with law enforcement agencies, over failing to comply with the safety protocols put in place.

And before visiting it for the first time, I expected to see a beach filled to dirt.

But to my surprise,

On getting there, the beach was the complete opposite of what I anticipated.

It was very neat, that I couldn’t help but wonder how they are able to pull such off, at an open public beach in Lagos.

The water is a bit dirty

I claimed TBB to be a neat beach, but I can’t say the same for the water itself.

The water on the other hand is quite dirty, but the dirt doesn’t seem to have been caused by the activities at TBB itself.

According to residents of the bay, some environmental changes and the activities at the Lagos Harbour are the top reasons behind the poor condition of the water.

Other things you should know

Always establish a price before carrying out a transaction

There are some other things you should know about Tarkwa Bay Beach, before going there.

You should always establish a price before carrying out a transaction.

The people trading goods and services can be quite dubious at times, and if you fail to agree on a price before commencing a transaction with them, they can end up asking for ridiculously high prices when it’s time to pay.

So if you’ll like to avoid such issues, always ensure that you agree on a price, before any transaction.

You can put on revealing outfits [e.g. bikinis]

If you have been to a lot of beaches in Lagos, you should know by now that you can’t put on just any type of outfit on all beaches.

And if you wonder where Tarkwa Bay Beach stands in this aspect, the answer is, feel free to put on a revealing outfit [but of course not something too extreme].

So if you’re a lover of things like bikinis, you won’t have any issue coming with such.

If for any reason,

You need to use a toilet, this won’t be a problem at TBB.

You should know that using one of the toilets will require paying. This didn’t surprise me, but I saw people who found it ridiculous, which is why I’m mentioning it in this content.

You should also know that even if all you want to do is to change your cloth in a toilet, you’re still going to have to pay. In other words, payment applies to everyone, regardless of what you intend doing in the toilet.

As regards how clean the toilets are, well, they’re not the best I’ve seen, but they are manageable.

It’s best to come with cash

If you’re the kind who is the habit of paying for things with cards, instead of cash, know that you may have a hard time if you come to Tarkwa Bay Beach with such a mindset.

There is no rule against payments with cards, it’s just that you won’t find a lot of people willing to collect cash.

Bank transfers aren’t also that welcomed, so it’s best to come with cash, to avoid troubles.

The place is quite safe

When it comes to security, there’s also nothing to worry about.

I’ve seen both policemen and soldiers on the beach, on duty.

So be assured that,

Security is one of the last things you’ll have to worry about.

I heard there’s a police station somewhere at the bay, although I’m yet to confirm this.

There are some touts

While you won’t have to worry about your security, I think it’s worthwhile mentioning that Tarkwa is home to some touts.

And what this means is that even though they won’t put your life at risk, they won’t think twice before stealing anything you’re careless with.

Not only should you avoid being careless with your things, you should also try to come as light as you can.

Questions you may have

You may notice that I didn’t list “horse riding” as one of the fun activities available at Tarkwa Bay Beach. And this is not a mistake.

Not only have I never seen a single horse on the beach, I was also explicitly told horse riding is not available.

On some special occasions, which are rare, the beach gets closed.

As regards the opening hours, I won’t be able to provide an authoritative answer about this.

I got contradictory answers from the people I thought should be able to provide accurate answers.

But if I’m to say what I think, based on the things I’ve seen, I’ll day consider 8 am – 6 pm to be the opening hours.

Tarkwa Bay Beach is a nice place, but it’s not a place I will consider special.

If you’re considering paying the beach a visit, you shouldn’t regret it.